Also in this series:

“Affordable housing is something that somebody can afford.”

Join The Tyee to Report on Labour and Workers

We’re looking for a stellar journalist to join our team. Applications open until July 17.

That was the infamous definition of affordable housing as shared by former Vancouver Coun. Kerry Jang almost a decade ago.

Yes, it was mocked for sounding silly and vague. But it does point to a truth about how elusive affordability has become.

It’s been five years since we last wrote in The Tyee about how disorienting affordability definitions are.

There’s been a lot of debate in that time. Should market rentals be called affordable housing simply because they are more affordable than buying a home? Should a building really be considered social housing if the majority of its units rent at market rates? Is Vancouver’s definition of social housing — in one councillor’s words — “inconsistent” with the “English-speaking world”?

We’re tackling these definitions in this latest Hot, Hot Housing column. Definitions of affordable housing and social housing drive how governments brag about their successes, how they incentivize development and how they measure who’s struggling the most and need some help.

We hope these frequently asked questions will offer some clarity — at least, more than Coun. Jang’s definition.

What do most people consider ‘affordable housing’?

The definition that the federal Canada Mortgage and Housing Corp. and many lower levels of governments use is whether housing expenditures cost less than 30 per cent of a household’s total income before taxes.

Using this definition, a household earning the median pre-tax income of about $65,327 in Vancouver would have affordable housing if their monthly housing costs were $1,633.18.

Isn’t that a broad definition of affordability that could include everything from social housing to a house that someone buys?

The CMHC says that many people get confused about the term “affordable housing,” thinking that it only refers to rental housing subsidized by the government.

But it is a very broad definition that can include everything from a home that you buy to a unit you rent from a private landlord or non-profit provider — provided that housing costs are less than 30 per cent of household income.

What does this cost-to-income ratio leave out?

It’s true that the ratio is a pretty “loose” definition, says Jill Atkey, the CEO of the BC Non-Profit Housing Association.

“For somebody earning minimum wage, they don’t have much leftover or as much leftover as somebody making $200,000 a year who spends 30 per cent of their income on rent or housing costs,” she said.

There are also many costs connected to what kind of a home a household lives in, such as utilities and strata fees, that might push spending above the “affordable” 30 per cent.

Transportation is a big one, especially for renters, says Atkey. Planners at the Metro Vancouver Regional District have been studying renters who choose to live in the suburbs, paying lower housing costs but higher transportation costs. Back in 2011, the median renter household in the region spent about half of its income on these two costs combined — not so affordable once you consider them together.

What if a home is affordable but is in poor condition or crowded?

That’s another critique of the cost-to-income ratio. It doesn’t cover the criteria of adequacy (whether the home needs repairs) and suitability (whether there is enough room for the household’s members).

If the 30 per cent ratio is standard, why did the City of Vancouver call market rentals affordable simply because they are rental?

Vancouver has a secured rental policy which offers incentives like additional density and the waiving of developer fees for projects where all of the units are rental housing. The city calls this affordable housing because “renting is inherently less expensive than owning,” and that “more market rental housing gives higher-earning residents more options to choose from, lowering the pressure on demand for lower-priced rental units.”

Green Coun. Pete Fry isn’t a fan of that definition, though he understands why the city chose to use that wording.

“Is it fair to call it affordable just because it’s rentable? Probably not. The way renting is going is not necessarily affordable, but it’s what’s accessible, whereas buying a place is not.”

SRO hotels, basement suites and three-storey walk-up apartments in Vancouver are considered an important part of its affordable rental housing stock by the city regardless of the 30 per cent rule, because they’re the cheapest kinds of units available in the public market.

Governments are desperate for rental housing due to the lack of rental apartment construction in the 1990s and 2000s. The CMHC is offering low-interest loans to developers willing to build rentals, only asking the light requirement of renting the apartments at below-market rates for 10 years.

Was the 30 per cent ratio always the definition of housing affordability?

So how many Canadian households spend more than 30 per cent of their income on shelter?

What if we just look at renters?

The percentages are higher in pricey Metro Vancouver, with 44 per cent of renter households and 25 per cent of owner households paying unaffordable costs. (These numbers are from back in 2016. The latest census data on housing will be released this September.)

So how does social housing differ from affordable housing?

The typical definition of social housing refers to homes that are owned by a government or government agency, non-profit or co-op. Some or all of the units must be aimed at a segment of the population that has a hard time accessing housing through the private market.

Why did Vancouver recently revisit its definition of social housing?

The city’s definition of social housing applies to buildings run by a housing provider that isn’t a private landlord. To meet the definition, buildings have to meet a minimum requirement of setting aside 30 per cent of the units for households making less than the income limits set by BC Housing. This year, the BC Housing limits for annual income are $77,430 for bachelors and one-bedroom units and $129,990 for units with two or more bedrooms.

However, Coun. Fry was one of two councillors who took issue with this definition, as it means that units renting at market rates would be lumped into the city’s counts of “social housing.”

“I think that it’s misleading to the public,” said Fry. In 2020, he submitted a motion for city staff to review the definition. In 2021, the city decided to keep it, worried that a narrower definition would result in less housing built.

Social housing projects are also exempt from development cost levies, a fee the city charges developers to pay for the growth that they generate, which goes towards everything from sidewalk repair to community centres.

“We’re really sacrificing this [fee] for low-market housing, not affordable housing. I think at the very least it deserves a more transparent reckoning.”

Why is it so hard to create affordable units?

Federal spending on housing isn’t at the levels it was in the 1960s to the early 1990s.

Many housing projects with units set aside for low-income people will have market units for working professionals as well, because those market rents help pay the subsidies needed to keep some units in the building at a deep level of affordability. 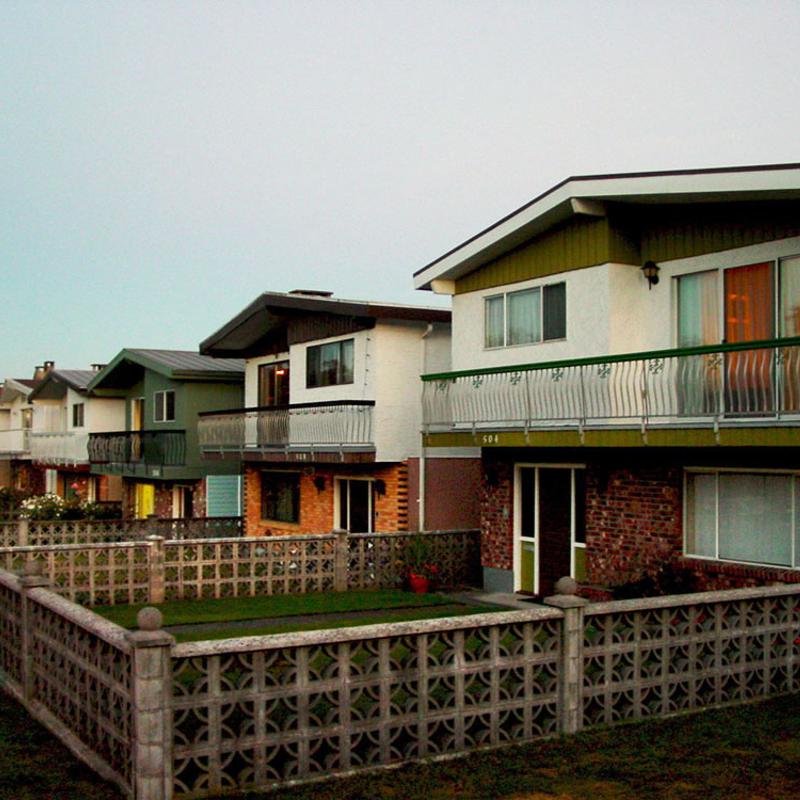 Prescriptions for Our Housing Crisis

For non-profits, how low rents can go depends on whether senior levels of government help fund a development, says Atkey. For example, the City of Burnaby is offering up land and some financing for five publicly owned rental housing projects, but those units will be rented at market rents only unless the province chips in some money too.

Municipal approval processes can also make development expensive if it takes a long time. It can greatly help non-profits if cities expedite projects that meet certain criteria. Atkey points to Victoria, which is considering speeding up approvals for affordable housing projects by non-profits and government agencies.

The current system frustrates Vancouver’s Coun. Fry, who wishes that senior levels of government would take a greater role in funding affordable housing. He says his city is relying on developers to “eke out a little bit of affordable housing while they’re making money.”

“This is the fundamental challenge of trying to wring out crumbs from a market system,” said Fry. “We as Canadians have followed that North American style rather than the European style, and I think that’s where we ended up here begging for table scraps from developers. Why don’t we just cut out the middleman and have government build the affordable housing, which would be a much more appropriate and democratic approach?” 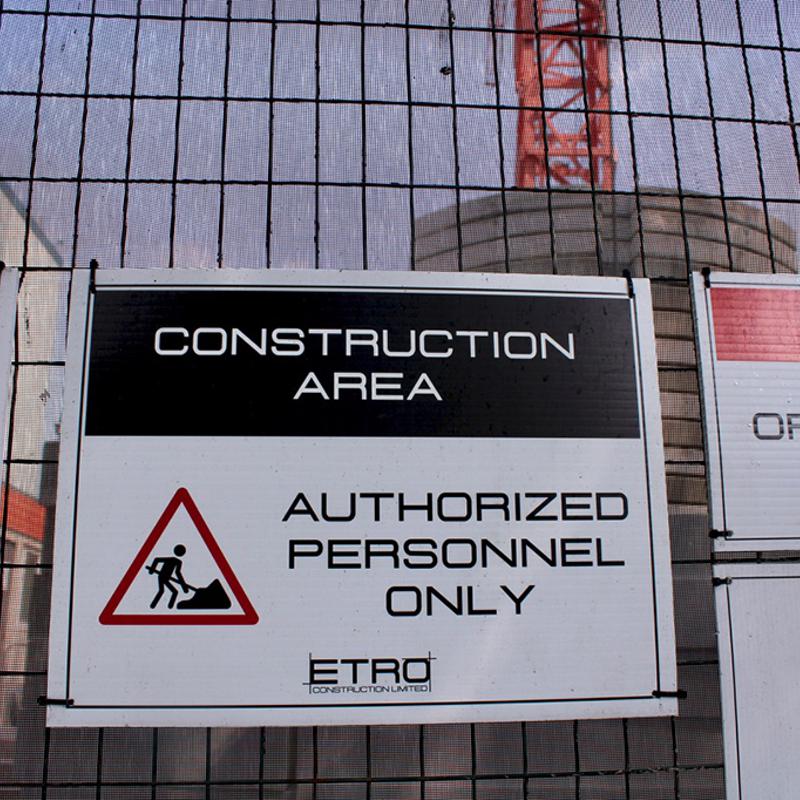 Vancouver Is Desperate for Affordable Housing. So Why Is This Project Stalled?

Even if all the financing is in place, what are roadblocks to a project getting approved?

There’s a project up for consideration by council on Vancouver’s west side that is 100 per cent social housing. The developer is BC Housing and half of the units are reserved for people currently homeless and on income assistance, with the other half reserved for people earning an annual income between $15,000 and $30,000.

“It’s tied up in about 50 hours of public hearings,” says Atkey. “So just a gentle reminder that anytime those projects come forward, they get a significant amount of community opposition.”

It raises the question of whether opponents of social housing are truly fighting for the perfect project or whether they’re not ready to accept any new development at all.

When mixed-income projects are proposed, people complain that “they’re not affordable enough,” says Atkey. But when 100 per cent shelter-rate projects come forward, there are comments like “I fear for my safety.”

“It’s not hard to see what’s going on here.”

Hot, Hot Housing is a reported column on the housing crisis in Vancouver and beyond, published in The Tyee every Friday. Got housing stories of your own? Whether it’s market hijinks, tenancy horrors or survival tips, you can email us at housing@thetyee.ca. We’d love to hear from you.